What Happens When A Personal Injury Defendant “Loses” Evidence? 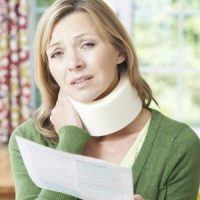 We often advise potential clients that it is critical to speak with an attorney as soon as possible after an accident. You might wonder why there is a rush. After all, Florida has a four-year statute of limitations in personal injury cases. So how will a delay of a few months–or even a year or two–unduly prejudice your rights should you decide to take legal action?

One answer to this question is that the longer you wait to take action, the more likely it is that crucial evidence will be lost or destroyed. The negligent defendant will not always be so accommodating as to preserve evidence that might implicate negligence on their part. Indeed, even if a defendant does not intentionally destroy evidence, it may simply become lost unless you–and your attorney–take prompt action to demand its preservation.

A recent decision from a federal judge in Miami, Weber v. Carnival Corp., offers a cautionary tale on this point. This case involves a plaintiff who was injured while traveling on a cruise ship. According to the plaintiff, he attempted to sit on a chair on the ship, only to have it collapse from underneath him. Following the accident, a shipboard doctor diagnosed the plaintiff with a sprained ankle.

Sometime later, the plaintiff filed a personal injury lawsuit against the cruise ship’s owner (the defendant). During pre-trial discovery, the plaintiff requested the defense produce the chair that was involved in the accident. The defendant said the chair was unavailable.

Typically, once a personal injury defendant is notified of a potential claim, they have a legal duty to preserve any relevant evidence. Indeed, the defendant had a corporate policy requiring the preservation of any items involved in shipboard accidents. A representative of the defendant testified in a deposition that an investigation was triggered when the plaintiff reported his accident to the shipboard doctor. A housekeeping supervisor removed the chair in question from service and determined it was broken beyond repair.

However, the representative claimed there “there was a disconnect between the security team and the housekeeping team where no instructions were given to preserve the chair.” As such, the chair was apparently discarded. Dissatisfied with this response, the plaintiff moved for spoliation sanctions–basically, an order punishing the defendant for intentionally destroying evidence.

A magistrate judge denied the motion, holding that the defense’s “failure to preserve the chair was not the result of bad faith,” but was rather “caused by negligence.” And even if the defendant deliberately got rid of the chair, the plaintiff does not need it to make his case for negligence. That said, the magistrate also held the plaintiff could “present evidence of the missing chair” to the jury at trial and let the jurors infer what they want.

The reality is that the sooner you initiate an investigation into a possible personal injury claim, the sooner a defendant’s obligation to preserve potentially relevant evidence begins. That is why it is crucial to consult with a qualified West Palm Beach personal injury lawyer following a serious accident. Contact Leifer & Ramirez today to schedule a free consultation.

By Leifer & Ramirez | Posted on October 4, 2021
« Who Is Considered A “Business Establishment” In A Premises Liability Lawsuit?
Is A Hotel Liable For Failing To Stop Sex Trafficking On Its Premises? »