What 2016 could bring for new car buyers 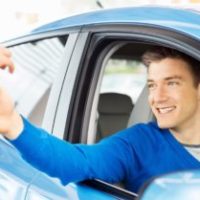 If you are skeptical about buying a new car in 2016, you have a lot of reason to be. After all, 2014 was essentially “the year of the recall.”

It appeared as if no matter what type of car you drove, there was something potentially wrong or dangerous where the car had to be taken back to a dealer for repairs.

For those who need a recap, General Motors had a particularly challenging year. Between the ignition switch recall that affected millions, and the subsequent investigation that revealed that it did not move with particular fervor in correcting the defect, GM had to pay a record fine to the federal government.

The ignition switch debacle led GM to create a new executive position to deal with potential defects and the notification process that would follow.

Even more concerning, federal regulators believe that there will be even more recalls in 2015. This may be due to the electronic safety enhancements touted in many new models.

Regardless of whether this dire prediction comes true, one thing remains clear. Automakers have a continuing duty to inform consumers of defects that could put them in harm’s way, and to take appropriate steps to correct them.

By Leifer & Ramirez | Posted on January 25, 2015 Tags: Car Accidents
« 5 Most Common Car Accident Injuries in Florida
Do I Need a Lawyer after I’ve Been Arrested? »