How Much Evidence Do You Need To Prove “Constructive Knowledge” In A Slip And Fall Case? 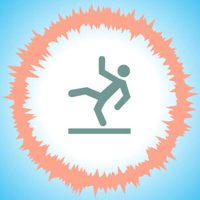 Slip-and-fall accidents are often the result of liquid or another slippery substance left unattended to on the floor of a public accommodation. The property owner is required to keep their premises in “reasonably safe” condition under Florida law. This means it is incumbent on a store manager, for example, to regularly inspect their floors to ensure they are free of any hazards that might cause a customer to slip and fall.

But does a failure to inspect alone prove a proprietor’s liability for an accident? Not necessarily. Under Florida personal injury law, the burden of proof is always on the plaintiff–the accident victim–to prove the defendant knew or “should have known” there was a hazard. The latter condition is referred to as constructive knowledge. And while failure to inspect can help in meeting this burden of proof, a judge will require more circumstantial or direct evidence before holding a premises owner responsible.

A recent decision from a federal judge in Fort Myers, Strode v. Wal-Mart Stores, provides an illustration. In this case, the plaintiff was injured in a slip-and-fall accident that took place at a local Wal-Mart. She subsequent sued Wal-Mart, seeking damages under Florida law.

The cause of the accident was apparently a “small amount of orange-ish liquid” on the floor. The plaintiff herself later testified that she did not “know what the liquid was, where it came from, or how long it was on the floor before she slipped and fell.” Wal-Mart claimed its own surveillance camera footage showed one of its employees “inspected the area about two minutes before [the plaintiff] fell and another employee inspected the floor one minute before the fall, and that neither saw any liquid on the floor.” The plaintiff disputed this and claimed that no employee inspected the floor for at least fifteen minutes” prior to her accident.

The judge held the plaintiff had failed to present sufficient evidence from which a jury could find Wal-Mart had constructive knowledge of the orange-ish liquid. The court noted that even assuming the employees had failed to inspect the area, that alone could not “carry the day” for the plaintiff, as that still did not establish if the liquid was on the floor for a “for a sufficient period to place a landowner on reasonable notice of its existence.” Even a lack of inspection must be supplemented by additional circumstantial or direct evidence on this point. As such, the judge granted Wal-Mart’s motion to dismiss the case at the summary judgment stage.

Establishing a store’s responsibility for a slip-and-fall accident is not as easy as you might think. A judge will not simply take your word for it that the store was negligent in failing to identify and clean up a spill. You need to present as much evidence as may be available in support of your claim.

This is where it helps to work with an experienced Boynton Beach slip and fall accident lawyer. Contact Leifer & Ramirez today to schedule a free consultation. We can sit down with you and review the facts and circumstances surrounding your accident and advise you on the best steps to take next.