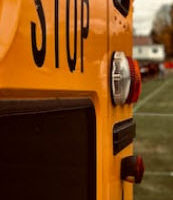 Car crashes near school bus stops have claimed five children’s lives, bringing even more attention to the danger of distracted driving and how it puts our children in danger. The five children who died in the accidents occurred in five separate accidents that took place in Florida, Mississippi, Pennsylvania, and Indiana. In addition to the five students who lost their lives, six additional children were injured, two of which suffered serious injuries.

A few days later a seven-year-old boy was found deceased apparently the victim of a hit and run accident while waiting at the bus stop. His school bus driver found him. Later the same morning, five more children from Tampa, Florida, were treated in the hospital after being struck while waiting for the school bus. Two of the children suffered serious injuries.

Laws for Stopping for a School Bus

Failing to stop for a school bus, or distracted driving near a school bus stop, has serious consequences as you can see from the stories above. That’s why it is important to understand the laws surrounding school buses.

Drivers are required by law to stop for a school bus that has its lights flashing unless you are traveling on a divided highway and are going the opposite direction of a bus and there is a minimum of five feet of unpaved space, a physical barrier, or a raised median separating you from the road the bus is stopped at. Then you may travel at legal speed but should still stay very aware of children that might be close by.

In all other situations, drivers are required to stop when they see a school bus that is stopped and has its lights blinking regardless of whether the driver is facing or behind the school bus.

If your child has been injured while waiting for the school bus, or entering or exiting a school bus, you may be entitled to compensation for the damages they sustained. These damages can include medical bills, loss of income, pain and suffering, and more. If your child died as a result of one of these preventable accidents, you may be entitled to file a wrongful death claim and receive compensation for medical costs, funeral and burial expenses, and more.

The attorneys at Leifer & Ramirez can review your situation and help you determine what your legal options may be. Contact our office today to schedule a free consultation and let us ensure that your rights are protected.