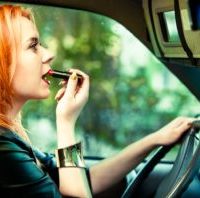 As mobile device technology has become a common feature in the lives of many Florida residents, the consequences of this development have been mixed.

On one hand, people are allowed to stay connected and communicate from almost anywhere. However, as we discussed in an article on our firm’s site, this technology also has potentially fatal effects.

At the time the article was published, it was legal to text behind the wheel in the Sunshine State. According to reports, the state government has since taken action.

It is now a secondary offense to text and drive, which means that drivers can only be ticketed for using their mobile devices if they’re pulled over for a different violation.

Knowing that texting and driving isn’t an offense that warrants Florida drivers being pulled over and ticketed by police on its own, many have lingering concerns about the law’s effectiveness.

A freshly released study from the National Complete Streets Coalition only compounds these anxieties.

According to the study, the four most dangerous cities for pedestrians are all in Florida. At the same time, the state is also considered to be the most dangerous for cyclists.

This is a startling revelation that should put public safety officials on watch.

Of course, it will take some time to determine how effective the state’s version of a texting ban really is.

Relating to a point made in the previously mentioned article, auto manufacturers have responded to safety concerns by including even more technology in vehicles.

Even though accident-prevention technology could be effective, it is ultimately the responsibility of individual drivers to be responsible. Drivers should not rely on technology to prevent accidents.

Instead, motorists should be concerned about acting with care and adhering to all relevant traffic laws.