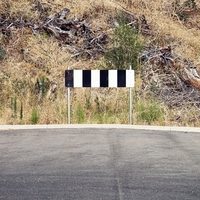 Late last month, Florida legislators finally resolved a five-year-long dispute over whether certain distracted driving practices should be outlawed statewide. In an effort to reduce the number of car accidents that occur annually in the Sunshine State as a result of distracted driving behaviors, Florida has finally outlawed texting while driving.

Interestingly though, the law is so nuanced that it may not lead to as a great a reduction in accidents as many safety advocates are hoping for. The law bans drivers from manually inputting letters into their phones while driving. This practically means that drivers may not text, email or otherwise search the Internet while driving. However, driving is an unusually complex term within the context of this law.

The law grants exceptions to the texting ban for any vehicle that is stationary. Therefore theoretically, drivers who are stopped at red lights, have slammed on their brakes or are otherwise temporarily stationary during the general operations of their vehicles are allowed to text for as long as the car or truck refrains from forward or backward movement.

This exception still allows drivers to be plenty distracted and to take their eyes, hands and minds off the task of driving during endless points during the driving process. Gridlock traffic might arguably become more dangerous if drivers try to sneak in texts every time they are forced to brake. They may continue to be distracted as they look up and attempt to keep moving.

The Florida texting ban is certainly a step in the right direction, as distracted driving is a hazard to us all. However, the consequences of such a lax ban may not net much good in the way of accident reduction.