Can A Judge Alter A Jury’s Verdict In A Personal Injury Case? 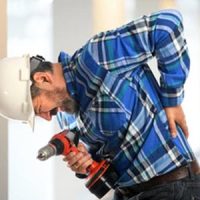 In a personal injury case, it is typically left to the jury to decide the amount of damages that a negligent defendant owes to the plaintiff. That said, Florida law does permit the court to decrease or increase the jury’s award–known as remittitur and additur, respectively–if the judge concludes the verdict was “excessive or inadequate” based on a number of factors. If the party affected by the remittitur or additur disagrees with the judge’s decision, they can ask for a new trial on the issue of damages. Or they can appeal.

Here is a recent Florida case, Kocik v. Rodriguez, where the parties opted for an appeal. This case involves a construction worker injured on a home renovation project. The defendant was the homeowner. According to court records, the defendant decided to run his project without hiring a licensed contractor or even bothering to obtain proper building permits. The defendant then left the country, leaving effectively nobody in charge of the construction site.

Over the defense’s objections, the judge granted additur, adding an additional $225,000 to the jury’s verdict for pain and suffering, bringing the total award under that heading to $250,000. The defense invoked its right to ask for a new trial on damages and filed an appeal.

The Florida Fourth District Court of Appeals agreed with the defendant that the judge’s actions were improper under the circumstances. The key legal question was whether the jury’s $25,000 award for pain and suffering “bore a reasonable relationship” to the evidence presented at trial. Here, the appellate court said it did. More precisely, the jury was presented with “conflicting evidence” on the nature and extent of the plaintiff’s post-accident pain and suffering and it concluded that $25,000 was a reasonable amount. The trial judge’s role was not to re-weigh the evidence, the Fourth District said, but rather to ensure there was some reasonable basis for the jury’s decision.

Even when a defendant is clearly at-fault for causing an accident, disputes over the amount of damages may still require extensive litigation. That is why it is critical to work with an experienced Delray Beach personal injury lawyer who will zealously represent your interests throughout the trial and appeals process. Contact Leifer & Ramirez today to schedule a free consultation.

By Leifer & Ramirez | Posted on November 12, 2021
« What Are “Pain And Suffering” Damages In A Personal Injury Case?
Understanding “Negligent Entrustment” Claims In Personal Injury Lawsuits »