Are There Defenses to Distracted Driving? 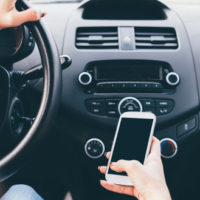 Driving is so common that many people stop thinking about how dangerous it can be. Because of this danger, it is important to keep driving safe the top priority on the road. Distracted driving is a major problem. Florida is the second-worst state for distracted driving. According to a study by the Centers for Disease Control and Prevention (CDC), approximately nine people are killed every day in the United States because of crashes attributed to a distracted driver. Over 1,000 people are injured per day in distracted driving accidents.

What is distracted driving?

To be clear, most everyone would agree that drinking and driving is unsafe and unacceptable. It’s surprising to note, however, that the signs of a driver under the influence can manifest in the same way with distracted drivers.

Even though accidents resulting from a distracted driver are very serious, there are still defenses that defendants will be able to claim.

What should I do if I was injured in a distracted driving crash?

The experienced Boca Raton attorneys at Leifer & Ramirez have an arsenal of strategies to combat the defenses that will arise. If you have been injured in a distracted driving accident, go with the attorneys that have the experience and skill to advocate for your rights and get you the compensation that you deserve.