A Recent Example of the Tragic Implications of Nursing Home Negligence 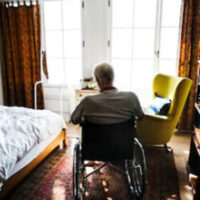 The American population is aging and more and more people are finding family members or themselves in nursing homes in their later years. As an indication of this growing industry, there were over 15,000 nursing homes here in the United States as of 2016, according to the Centers for Disease Control.

However, making the decision to move yourself or your loved one into a long-term healthcare facility is one of the hardest decisions to make. Further, the commonality of nursing homes does not mean that they are all created equal. While it might seem that providing high-quality care and treating elderly nursing home patients with dignity would be something facilities would inherently prioritize, the unfortunate reality is that far too many don’t. And every so often, tragic examples are spotlighted in the news that indicate what can happen when patients fall through the cracks.

What Example of Nursing Home Negligence Was Recently in the News?

The South Florida Sun Sentinel recently reported that charges have been filed against a Hollywood Hills nursing home after a criminal investigation that continued for nearly two years. Through interviews, depositions and other state records, the Sun Sentinel pieced together a revealing look inside the now-defunct nursing home and what occurred during a fateful night in post-Hurricane Irma September 2017 when eight elderly residents died from heat-related illnesses. Six more victims passed away in later days.

A dozen of the deaths were ultimately ruled homicides and all but one of the deceased lived on the home’s second floor. To spotlight some of the questionable behavior that occurred that night, there is surveillance video of a nurse who was clearly asleep on the job. Two other staff members were on-call temporary workers who worked so infrequently that their bosses could not identify them later on security video from inside the nursing home. Their supervisor that night had only started working there a week beforehand, which officials have asserted was not enough time to be trained on the facility’s hurricane emergency plan. Further, none of the facility’s leaders were onsite.

Tragically, many of the residents were bedridden and had dementia, respiratory ailments or heart conditions. Some were even on feeding tubes or could not move or talk. Equally tragic, this isn’t the first and won’t be the last nursing home tragedy.

Have You or a Loved One Been Injured?

In many situations, a nursing home seems like the best thing you can do to support the health and well-being of your vulnerable loved one. But unfortunately, nursing home residents sometimes get more than they bargained for. If you’re concerned about the care you or your loved one is getting in a nursing home, you can depend on the skilled legal team at Leifer Law Firm for the help you need and deserve. These  South Florida personal injury attorneys have over two decades of experience helping clients successfully pursue nursing home abuse cases. We believe that nursing home neglect and abuse cases are some of the most heinous crimes against our aging population and we are dedicated to protecting the rights of the elderly. Contact us today to begin.

By Leifer Law Firm | Posted on September 23, 2019
« Understanding the Impact of Drowsiness on Driving
The Tragic Implications of Motorcycle Accidents and Why They Can Lead to Such Tragic Results »