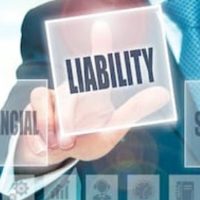 A personal injury case may involve more than one responsible party. For example, if someone was injured or killed due to medical malpractice, the potential defendants may include the doctor, the hospital, and even other corporate entities affiliated with those health care providers. At the same time, there may be certain contractual agreements in place between these parties that purport to limit their liability in the event of a lawsuit.

A recent decision from the Florida Third District Court of Appeal, Glickman v. Kindred Hospitals East, LLC, helps to illustrate this point. This case involves the shooting death of an 87-year-old man at a Coral Gables hospital. The victim was not a patient; rather, she was invited to the hospital by another man to visit a mutual friend receiving long-term care at the facility.

On the day in question, the victim met the other man in the hospital’s lobby. As it turned out, the mutual friend had passed away the previous evening. Possibly distraught over this, the man pulled out a gun and proceeded to shoot the victim before turning the gun on himself and committing suicide.

Fortunately, the victim survived the shooting. She subsequently filed a personal injury lawsuit naming several defendants, including the entity that owned the hospital, the company that managed the property, and as relevant here, the firm that provided security services for the hospital.

Based on these terms, a circuit court judge granted the security company’s motion for summary judgment, effectively dismissing it from the case. The plaintiff appealed that ruling. But the Third District agreed with the trial court and affirmed its decision.

The appellate court rejected the plaintiff’s position that merely by providing security services, the security company assumed a legal duty “to protect visitors,” notwithstanding the language of the contract. The court also dismissed the plaintiff’s claim that the security company “voluntarily undertook to expand the scope of its services to the hospital,” by doing such things as suggesting possible improvements to the facility’s security. Such suggestions were not enough to prove that the security company “expressly or by implication” agreed to protect visitors from potential harm.

When investigating the causes of a particular accident, it is critical to look at all of the individuals and corporate parties who may share some responsibility for what happened. A qualified Boynton Beach personal injury lawyer can provide you with assistance in this area. If you have been injured due to someone else’s negligence, contact Leifer & Ramirez today to schedule a consultation.