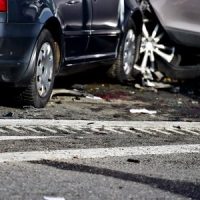 The owner of a car can often be held legally responsible for an accident caused by someone else driving their car. This is known as vicarious liability. Perhaps the most common example is an employee driving their employer’s car on a work-related matter. If the employee runs a red light and crashes into a minivan, the occupants of the minivan could sue the employer and collect damages under the theory of vicarious liability.

One question we sometimes get is, “What about a rental car driver?” In other words, if you are injured by someone driving a rental car–a fairly common occurrence here in Florida–is the rental company vicariously liable? The short answer is “no.” Under a 2005 federal law known as the Graves Amendment, rental car companies are generally immune from state personal injury lawsuits based on vicarious liability.

One gray area under the Graves Amendment is auto dealers who may loan out vehicles to customers. This issue came up in a federal lawsuit earlier this year from Orlando, Thayer v. Randy Marion Chevrolet Buick Cadillac, LLC. In that case, a federal judge held the Graves Amendment did protect the dealer from a lawsuit based on an accident caused by a customer using a loaner vehicle.

Here is what took place. The defendant dealership is actually based in North Carolina. The dealership sells, leases, and services vehicles. One day, a customer brought in his wife’s car for service. The dealership then gave the customer a loaner vehicle to use while the repairs were completed.

About a week later, the customer was driving the loaner vehicle down I-4 in Florida and collided with another car. The driver of the other vehicle–the plaintiff in this case–subsequently sued the dealership, alleging it was vicariously liable for the customer’s actions.

The dealership said it was immune from state lawsuit under the Graves Amendment. The plaintiff argued the amendment was inapplicable to the facts of this case. The judge disagreed and sided with the dealership. The court said the critical issue was whether the customer’s “use of the loaner vehicle was supported by some form of consideration.” If there was consideration, then there was effectively a rental agreement between the parties. Here, although the customer did not specifically pay for the use of the loaner car, there was consideration–namely, the offering of the customer’s wife’s vehicle for servicing. Put another way, the dealership only allowed its loaner vehicle to be used in exchange for the servicing. The absence of any additional monetary costs was irrelevant, the judge concluded.

It should be noted that other courts in other states have ruled differently on this question. And the judge’s decision in this particular case does not create binding precedent for other judges, even within the state of Florida. So we may see further litigation on this subject in the future.

When you have been injured in an accident, there may be multiple parties who can be held legally responsible for your losses. An experienced Delray Beach car accident attorney can provide you with legal advice and representation. Contact Leifer & Ramirez today to schedule a free consultation.