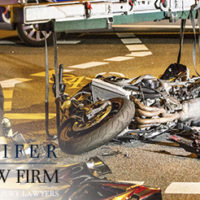 More than 55,000 people are injured and more than 2,200 people are killed each year due to motorcycle accidents. According to the National Highway Traffic Safety Administration, motorcyclists are much more likely to be involved in a crash than operators of passenger cars.

It was also reported that almost 40% of those killed in motorcycle accidents were not wearing a helmet. 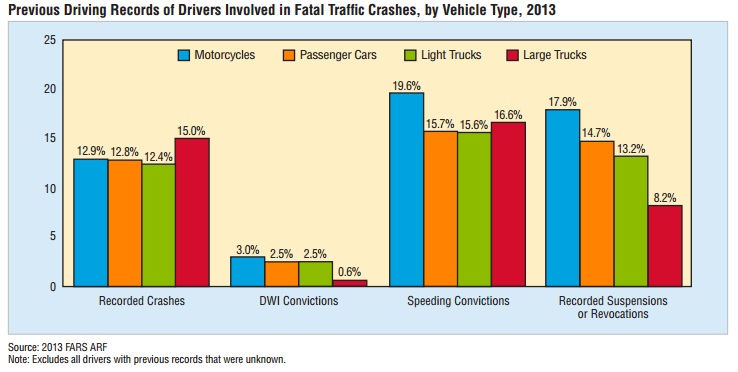 Over the course of 2013, there were a total 4,668 deaths in motorcycle crashes and over 88,000 injuries. More than 50 out of every 100,000 registered motorcyclists were involved in a fatal crash, compared to only nine out of 100,000 registered passenger car drivers.

NHTSA estimates that helmets helped save over 1,600 lives in 2013 and could have saved over 700 more lives had the victims been wearing helmets. It is reported that states without universal helmet laws accounted for almost 60% of the motorcyclists killed, compared to only 8% in states with universal helmet laws. This has since caused the use of DOT-complaint motorcycle helmets to increase to over 60%.

Also Read: 4 Crucial Things to Do Immediately After a Motorcycle Accident

Florida Ranks #1 in The Nation

Beautiful weather comes at a price, especially for motorcyclists in Florida. As far as motorcycle deaths go, the state of Florida leads the entire nation with motorcyclists accounting for almost 20% of motor vehicle fatalities throughout the state, while making up for under 10% of licensed motorists.

Based off a recent survey taken by AAA Consumer Pulse, even though the economic costs of each motorcycle fatality is over $1.4 million, almost 20% of motorcyclists do not have insurance.

Through the recent survey taken by AAA Consumer Pulse, the general population was asked if they believe motorcyclists should be required to wear helmets while riding. Fortunately, 85% answered yes, while only 15% said no.

Yet, roughly one-third (32%) of motorcyclists throughout the state of Florida do not approve of helmet use while riding, regardless of the increased safety percentages proven by statistics each year.

Florida leads the nation in motorcycle related accidents and number don’t seem to be slowing down. If you’ve been seriously injured in a motorcycle accident caused by the reckless actions of another, please consider speaking with an experienced legal professional Boca Raton motorcycle accident attorney to learn more about your rights and options.

By Leifer & Ramirez | Posted on September 15, 2016
« Top Steps to Take After You’ve Been Seriously Injured in a Boating Accident
Are Autonomous Trucks Going to Be the Wave of the Future? »