Does Florida Law Still Apply If You Are Injured While Driving In Another State? 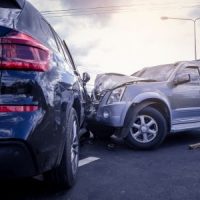 Florida requires all licensed drivers to carry a minimum amount of auto insurance. This insurance must provide certain “no-fault” personal injury protection (PIP) benefits. These benefits, in turn, must cover 80 percent of any “necessary and reasonable medical expenses” arising from a covered accident up to the $10,000, regardless of who was responsible for the crash.

But what happens if you are a Florida driver who is injured while driving in another state? How may the other state’s insurance laws affect any benefits you might be entitled to receive? A recent decision from the Florida Third District Court of Appeals, Advanced Physical Therapy of Kendall, LLC v. Camrac, presented just such a scenario.

In this case, the plaintiff is a Florida resident. While traveling in Connecticut, he rented a car from the defendants. While driving that rental car in New York, he got into an accident.

The plaintiff subsequently received treatment for his accident-related injuries back in Florida. He then assigned his PIP benefits to the health care provider, which in turn sued the rental car company for approximately $27,000 in unpaid medical bills.

The provider initially argued that Florida’s PIP law applied to this case. As such, it offered to settle for the maximum of $10,000 in PIP benefits. Shortly thereafter, the provider and the rental company agreed to settle the claim under New York’s no-fault insurance law, which allowed provider to recover the full $27,000.

Litigation still continued, however, to resolve a disagreement as to the payment of legal fees. The provider argued that under Florida law, it was entitled to “reasonable” fees based on the fact its recovery “exceeded 25 percent of the proposal settlement.” And even if New York law applied, it was still entitled to its total legal fees based on the “novel and unique nature” of its claim, which required “extraordinary skills or services” to resolve.

The Third District disagreed. Upholding Miami-Dade judge’s earlier ruling, the appellate court held that Florida law was inapplicable to this dispute, as the parties themselves had already “expressly stipulated that New York law applied to the car accident.” As for New York law, the provider’s ability to recover legal fees was capped to just $1,360.

The Third District noted that New York’s “novel or unique” test was similar to the standard used by Florida court’s when deciding whether to award legal fees to a prevailing party. In Florida, a judge must consider the “novelty, complexity or difficulty of the questions involved in the case.” Here, the appellate court said there was nothing especially unique or novel about the legal issues presented, so the capped award was justified.

If you are injured in a car accident, there may be a number of legal issues that arise in the process of resolving your case. An experienced Boca Raton auto accident lawyer can provide you with skilled guidance and representation. Contact Leifer & Ramirez today to schedule a consultation.

By Leifer & Ramirez | Posted on July 12, 2021
« How Long Must A Safety Hazard Exist For A Store Owner To Have “Constructive” Knowledge?
Supreme Court Declines To Consider Ex-Army Cadet’s Rape Lawsuit »