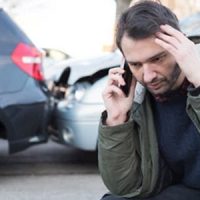 Just because an insurance company may be contractually obligated to pay for your medical treatment following a car accident, that does not guarantee the insurer will not try and put up a fight first. Insurers do have the right under Florida law to deny treatment if they can prove it is not “reasonable, medically necessary, or related to the subject accident.” Of course, you have the right to challenge such a denial of benefits in court.

You also have the right to expect that the trial judge will treat you fairly. Unfortunately, this also is not always the case. Take this recent decision from the Florida Fifth District Court of Appeal, Demoura v. The Travelers Home and Marine Insurance Company. In this case, the appellate court said the plaintiff was entitled to a new trial after the trial judge granted a directed verdict to the defendant during the first trial.

The underlying dispute was simple enough. The plaintiff was injured in a rear-end car accident caused by the trailing driver. The negligent driver’s insurance company initially paid for the plaintiff’s chiropractic bills related to the accident. The insurer then demanded a compulsory medical exam with one of its doctors, as was its rights under the law. The insurer’s doctor concluded that further chiropractic treatment was not reasonable or medically necessary. The insurer subsequently stopped paying the chiropractic bills.

At trial, the plaintiff wanted to read this deposition testimony to the jury. This is expressly permitted under Florida court rules. Specifically, the rule states that the deposition of a corporate representative “may be used by an adverse party for any purpose.” Despite this, the trial judge would not allow the insurance company representative’s testimony to be read. The judge then granted the defense’s motion for a directed verdict, which basically meant the judge dismissed the case without sending it to the jury.

On appeal, the Fifth District held the trial judge acted improperly. The trial judge apparently believed it was improper to simply read deposition testimony to the jury when the witness was available to testify in-person, as was the case here. But the Court of Appeal said the rule did not require in-person testimony. As such, the trial judge’s refusal to permit the plaintiff to read the deposition testimony–not to mention the directed verdict–effectively deprived him of his day in court. As such, he was entitled to a new trial.

Insurance companies–and even judges–make mistakes. Those mistakes can prove costly, however, when you are an injured accident victim seeking just compensation. A qualified Delray Beach car accident attorney can provide you with zealous representation and help ensure the courts respect your rights. Contact Leifer & Ramirez today to schedule a consultation.

By Leifer & Ramirez | Posted on January 5, 2022
« How Diversity Jurisdiction Works In Florida Personal Injury Cases
Is A Defendant’s Net Worth Relevant When Asking For Punitive Damages In A Personal Injury Lawsuit? »